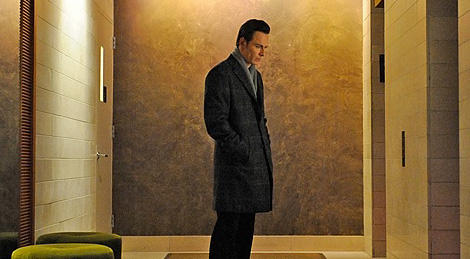 One of the most talked-about films at the NYFF this year was Steve McQueen’s Shame.  Portraying the daily life of a sex addict, its subject matter is attention-grabbing enough, but the film’s beautiful construction and Michael Fassbender’s incredible performance make it one of the most remarkable films of the year.

Shame begins with an overhead shot of Brandon (Mr. Fassbender) lying naked on his bed, staring off into space with a blank expression.  Entwined with ice blue sheets, his body is the center of our gaze, and McQueen holds on this shot for a while.  With no music to distract us, we quietly study Brandon’s body, the body that is so central to the film and over which he has no control.  Long, still shots like these are key to the film.  They force us to unflinchingly face the ugliness in Brandon and the painful nature of his addiction, while placing us firmly in the position of voyeurs.

A number of film-goers I spoke to complained that the film made the same point too many times; there were too many scenes of Brandon having raunchy, degrading sex, too much nudity, etc.  This repetition is actually McQueen’s way of removing the titillation from such images.  The early sex scenes affect us in the usual way, but the more of them we see, the less erotic they become.  By the end, when Brandon is engaging in a sexual encounter most men would revel in, it is simply painful to watch.  Every encounter he has seems to break him down more and more, bringing him only pain instead of pleasure.

Mr. Fassbender is truly a wonder to behold in this film.  His performance is simply mind-blowing.  The myriad of emotions that cross his face within seconds conveys the intense confusion in Brandon and his utter inability to treat himself and others well.  In some scenes, Brandon is the calm at the center of a storm of people, watching the women around him with still blue eyes.  In others, he seems about to jump out of his skin, leg bouncing, head bent down, muscles tensed until they look about to burst.  Mr. Fassbender portrays the many sides of Brandon perfectly, with the kind of commitment that comes from a truly trusting actor-director relationship.

The other main storyline in the film, aside from Brandon’s attempts to control his addiction, is his relationship with his sister, Sissy (Carey Mulligan).  An artsy young woman with depressive tendencies, Sissy comes barreling into Brandon’s life and takes over his apartment.  She disturbs his routine and makes him feel emotions he doesn’t want to admit to, particularly in the slowest rendition of “New York, New York” ever performed.  As irritating as her character can be, Ms. Mulligan holds her own against Mr. Fassbender, and their scenes together are revealing on both sides.  Her presence allows us to see yet another side of Brandon and gives us a glimpse into where he comes from.

Shame is a beautiful piece of filmmaking, with compositions that quietly convey a sense of alienation in long, static shots.  The beauty of its construction makes its subject matter all the more visceral, forcing us to experience the desensitization that Brandon feels as we see image after image of the naked human body.  Between Mr. McQueen’s masterful direction and Mr. Fassbender’s amazing performance, this is one of the most important films of the year, and I hope this pair continues to work together for years to come. 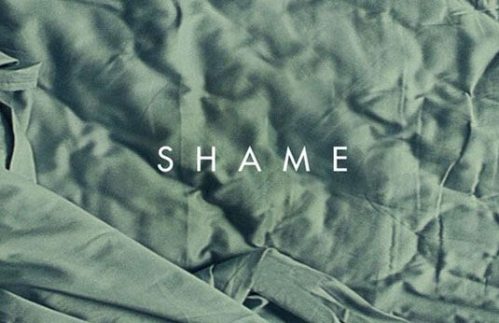